Buddy went at 10 weeks to live in his new home in PA. He was the first in the litter to achieve his American Championship, all owner handled. They started him on obedience and he was being prepared to become a Junior Showmanship dog when things suddenly changed in the human household.. As a result his life went through an upheaveal and he ended up coming back to live with us. at age 3.  About 6 months after he arrived, we discovered that he was suffering from Copper Toxicosis.....causes unknown, but we suspect that he got ahold of a horse hoof shaving at his former home that had been treated with Coppertox (gets rid of Thrush in stable horses). 4 years later, his liver enzymes  were nearly normal, and the side effect of the copper poisoning are gradually disappearing. 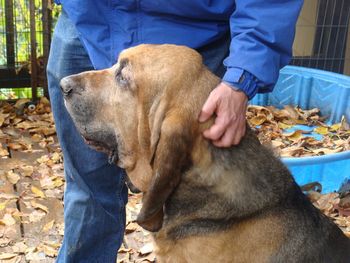 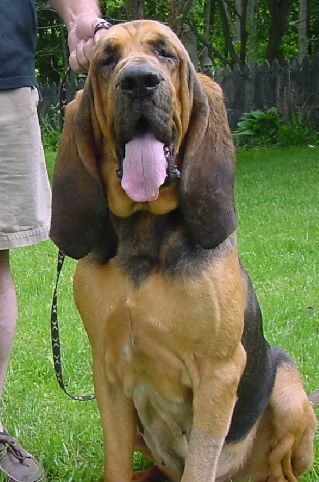 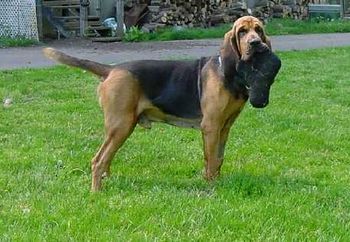 In the yard, having stolen a work glove 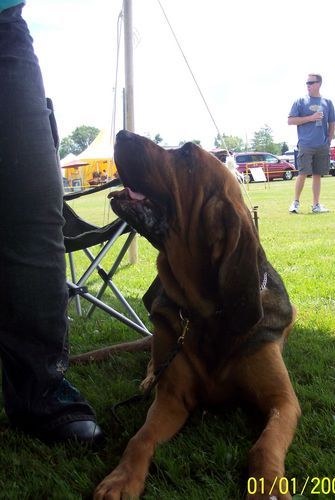 Can't we do the whole routine in the shade, Mom? 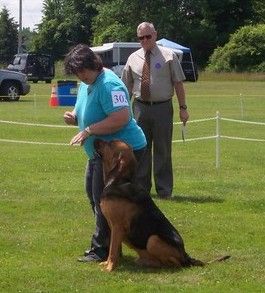 Psst!! The judge is looking....pretend you are paying attention! 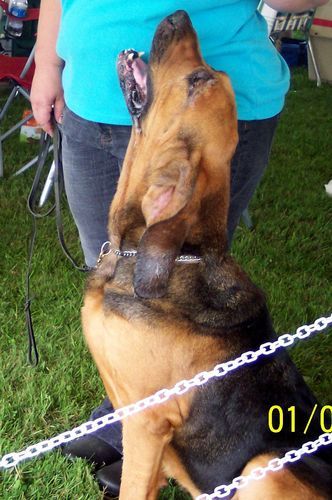 Look! I am so attentive! (This deserves a cookie, dont' you think?) 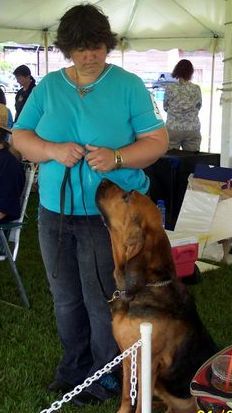 Whaddaya mean you can't bring food into the ring? 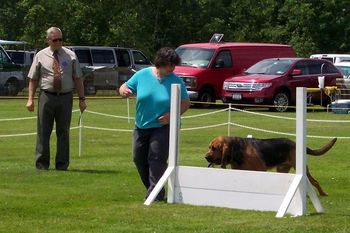 Over this? Really?? All the way over?? 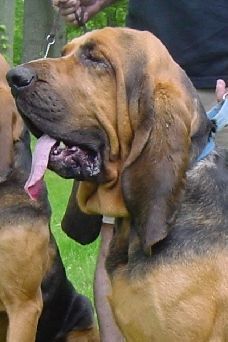 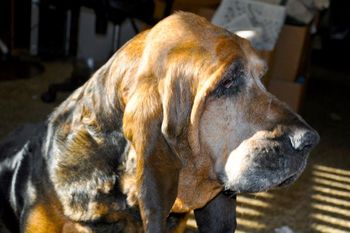 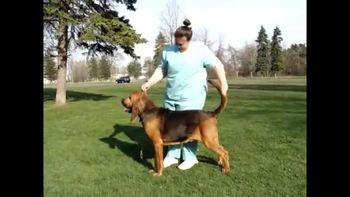 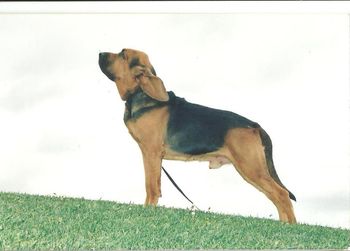 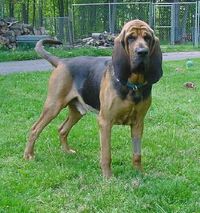