Truffle is one of two full coat blacks from Lola's final litter. She's a special girl who is sometimes a little over-the-top in the drama department. She has both majors, but has been taking a break from the conformation ring for the performance side of things. She currently has her EECT and  Rally Novice title in both the US and Canada and is working on her BN,  CD and her RA. Did I mention babies? Truffle was bred to a handsome boy named Winston (Honeytree's GGM FInest Hour RN). Winston is a calm, mature 7 year old dog whose steady nature will be perfect to balance the Drama Queen. He has his Rally novice title and is working on his obedience and mantrailing titles. He has won Best Veteran Male in Sweeps at the 2010 and 2011 ABC Eastern Supported Entry show in York PA, so maybe he will finish that CH yet! He is just taking his time about this, as he does everything else! Her first  litter resulted in 5 full coat blacks and a lovely saddled B&T. Her second litter 1 year and 2 days later, was 11 pups; 4 full coats and 7 B&Ts. Her third litter, which was unexpected and not planned, had 2 lovely puppies, both full coat blacks.


Truffle is a CHIC dog.....OFA Good, with passing elbows and cardiac clearances and movement to die for. She is devoted and loyal but tends to overanalyse things before she will try anything new. She has a good work ethic though, and when she is working, she is able to focus and do whats needed. She got her MT on her first try and really loves being in the field. Her championship took a little more work, but we have promised that she is finished with the conformation world. She is a Dam of Merit with the American Bloodhound Club 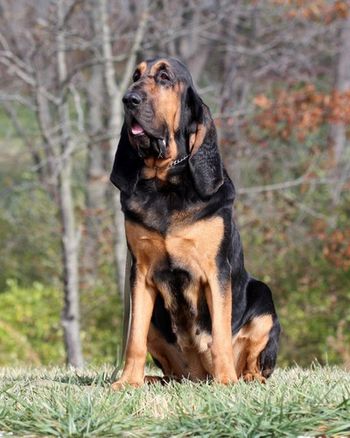 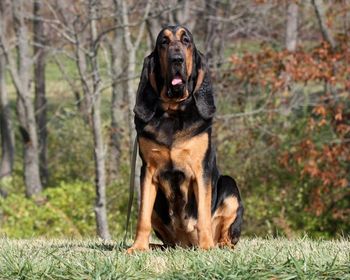 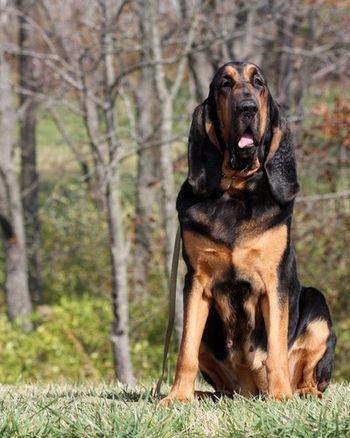 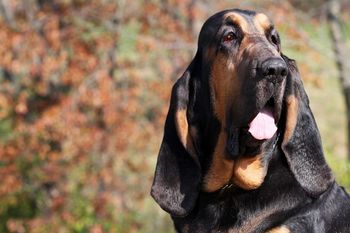 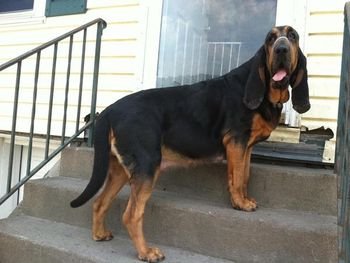 Day 51...baby bump is getting bigger! 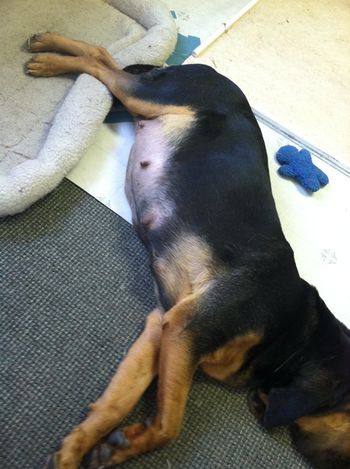 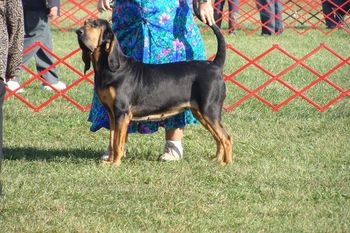 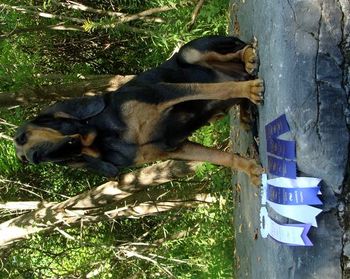 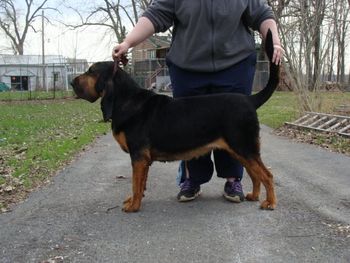 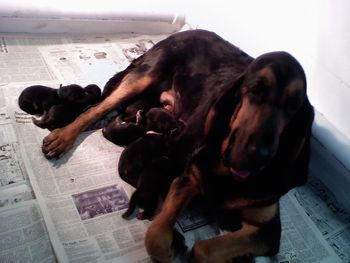 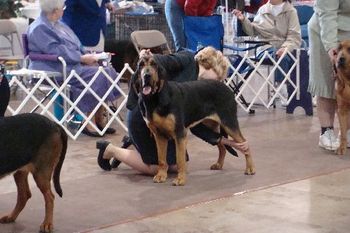 Truffle and Marybeth in for WB at the Regionals 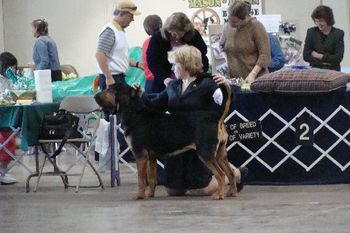 Truffle and MaryBeth at the 2010 Easterns 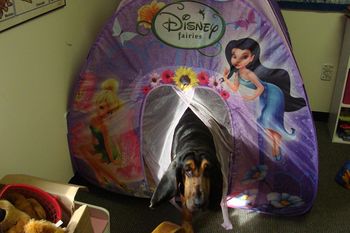 She's a Disney Fairy at heart! 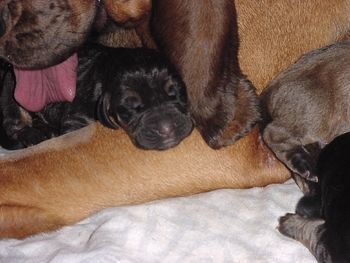 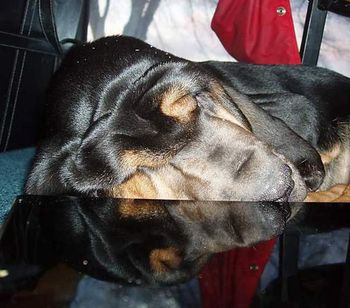 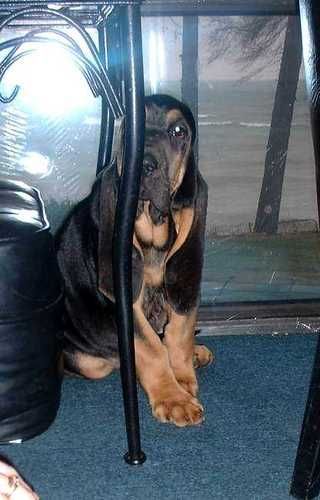 If you don't see me, I'm not chewing! 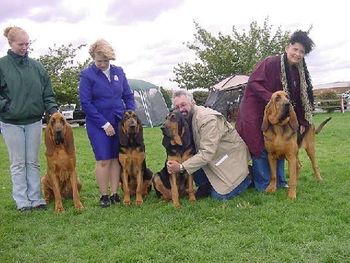 Truffle and her siblings at the 2006 ABC Nationals. Chili, Rose Truffle and Christopher Clancy 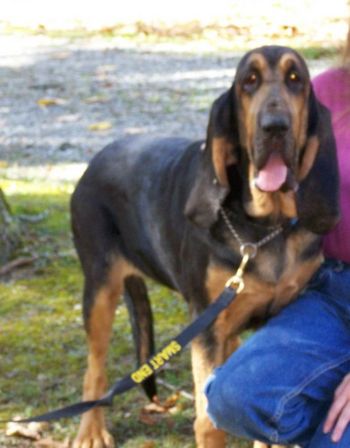 I'd rather do this than show! 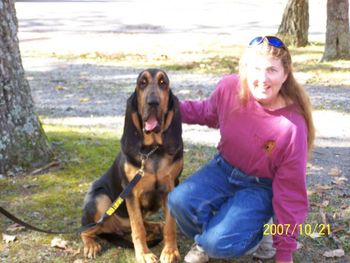 Truffle and her find. Thanks Kathy! 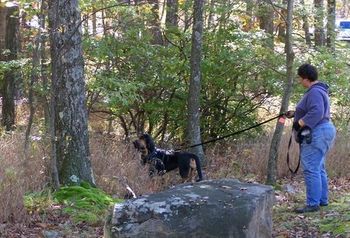 Truffle on a mock MT. She aced it! 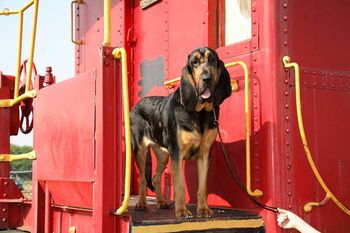 just under a year old 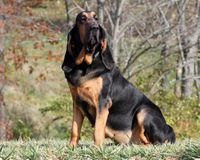 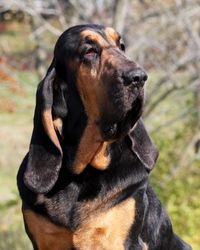