Gigolo is Honey's son, out of a litter of 9 pups, there were six full coat black girls, one red girl and two red males. He charmed his way into our hearts, although we hadn't planned on keeping a boy. He took to the show ring with enthusiasm, finishing his American and Canadian championships by the age of 2. We then went on to train for the performance ring. But, at age 4, just as he was ready for competition for his CD, he had an unfortunate training accident in agility, fracturing his skull and 3 vertebrae in his neck plus an additional set of compression fractures in his back. He was immediately retired from obedience & agility training as well as from the show ring.

Gigolo was bred to T-Lo (Nimansway Ms L Toe Kiss) in 2006. The litter was 11 pups...6 reds & 5 b&t. Sunshine is one of the pups from this litter. Several of her littermates are in the ring and field following their fathers footsteps (but not as clumsy, we hope!!). At just over two, 4 of the puppies have already earned their CHIC awards from the OFA and three more are pending results.

When he was 7 years old, the vet told us that his neck injuries were as healed as they were going to get. Gigolo rarely competed as a veteran in conformation due to the pressure a collar put on his neck, but he managed to still complete his Rally Novice title by taking First place in his class at the Texas ABC 2007 Nationals. He currently has 2 of the three legs needed for his Rally Advanced title.

Unfortunately, Gigolo never got that third leg. He died at home, surrounded by family on May 10, 2008. He brightened our lives for such a short time, and will live on in our hearts and in his descendants. We will always miss him and look forward to the day that we find a suitable mate for his frozen sperm 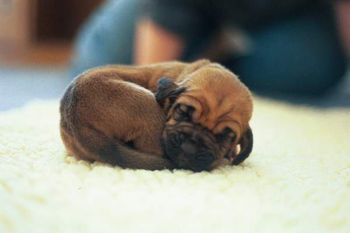 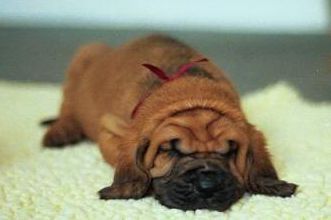 Being this beautiful is a lot of effort, so sleeping was a favorite activity! 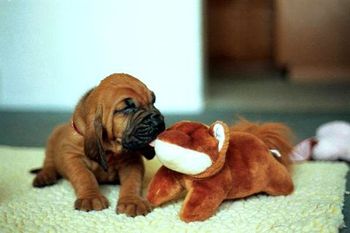 Sometimes the best way to make a friend is to gnaw on his nose. Gigolo at 4 weeks old 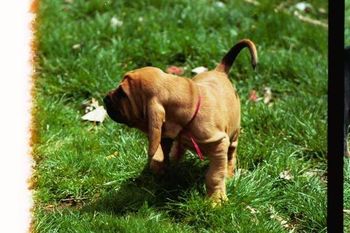 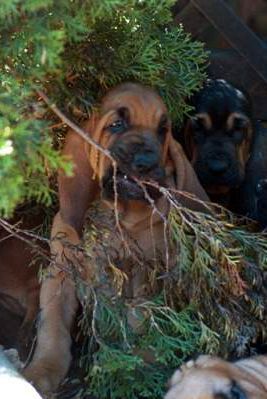 Gardening is FUN! For the next nine years, Gigolo would keep the bushes trimmed and the plant life smashed. 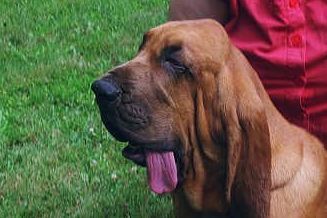 This epitomizes the young male bloodhound 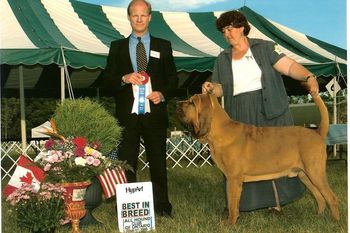 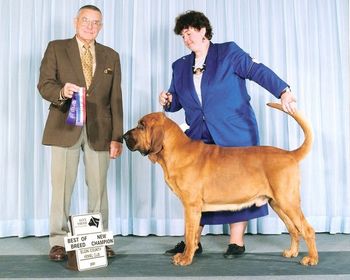 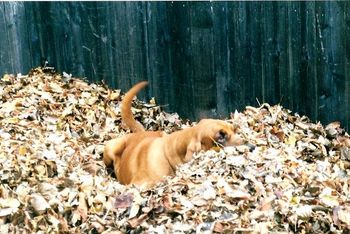 The ferocious Giggy-Gater lurking in wait! 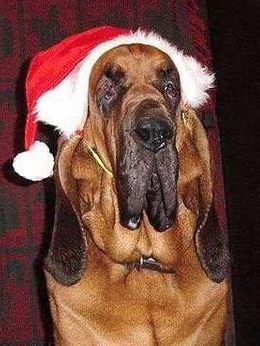 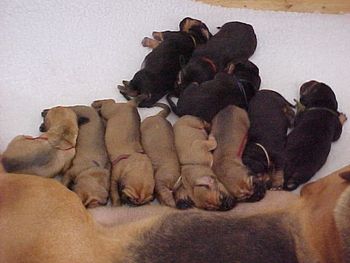 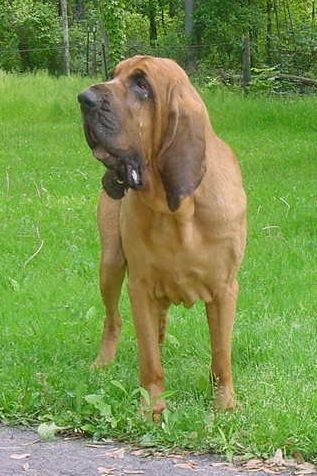 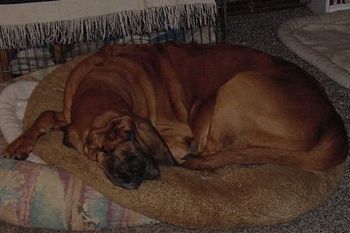 By the time he turned 9, sleeping was again a favored activity. 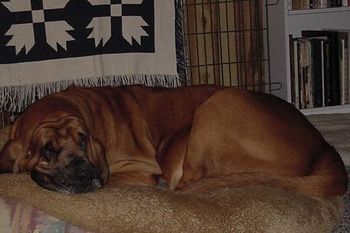 Ch Wychway's All Spruced Up RN