Nim came into our lives from Lisa Befus in Colorado. Nim's start was a little rough, since Lisa had been evacuated from her home due to a forest fire and the first puppy was born on the floor of Motel 6 !! But a few days later, the new family was allowed to come home and thrive. Joe and I drove out to get her in a whirlwind trip of 3600 miles in less than 5 days, including the litter evaluation!! Nim startled all of us by finishing her Championship in less than 4 months with 5 majors and a single. She showed only 5 weekends, hardly even time to get used to it!! I look forward to her future in the rally and obedience rings as well as trailing and tracking. She is already showing so much promise!

Nim got her BN title with her obedience partner Renee and a first place finish at the 2015 Bloodhound Nationals. She got her first leg on her CD in January 2016 and then had a brief period away from the ring, but in May, she and Renee got that Companion Dog title with 2 second places and scores of 196 and 189! Even with 6 months out of the conformation ring, she was in the Top 20 bloodhounds in the US for most of the season. This summer we will be working on her RN and Mantrailing titles

We are currently planning a breeding in 2017 and i am sure she will excel in motherhood the way she has excelled at everything else she has tried! 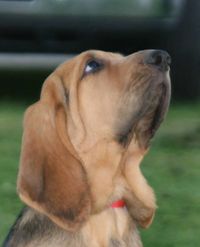 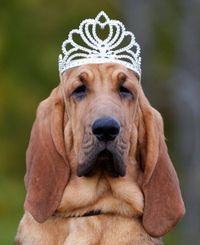 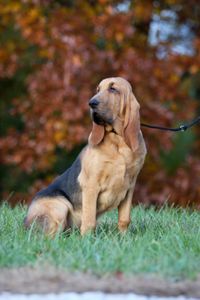 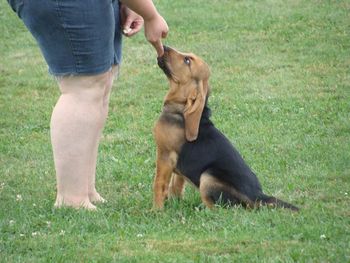 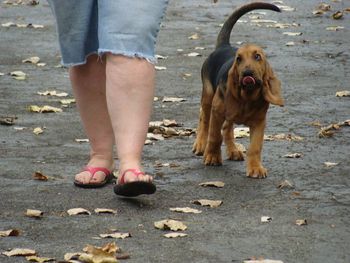 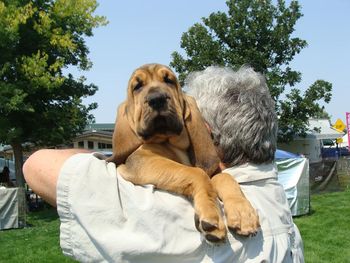 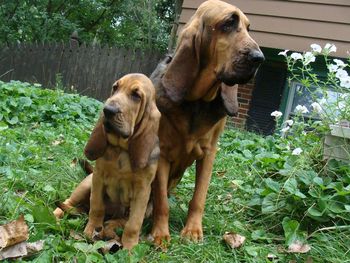 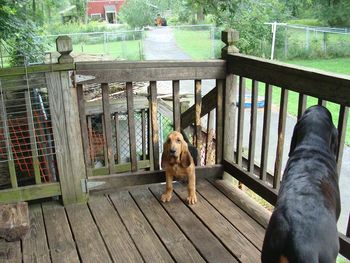 gates are not for PRINCESSES! 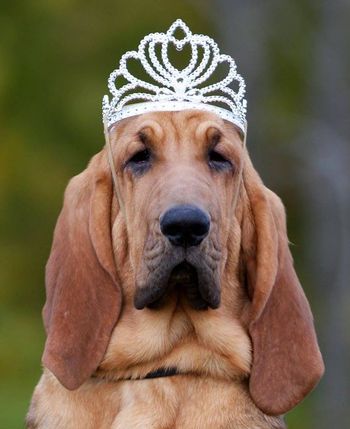 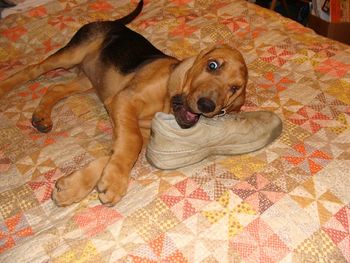 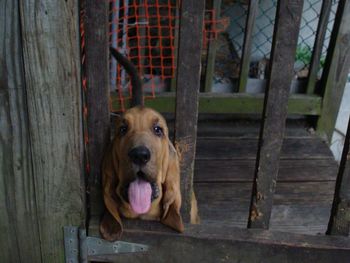 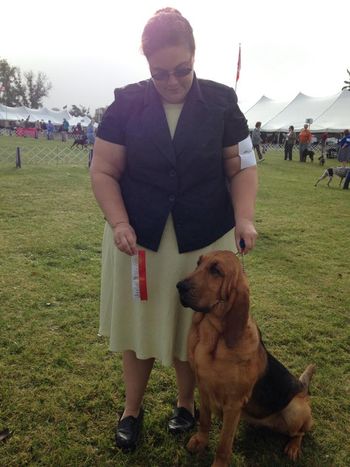 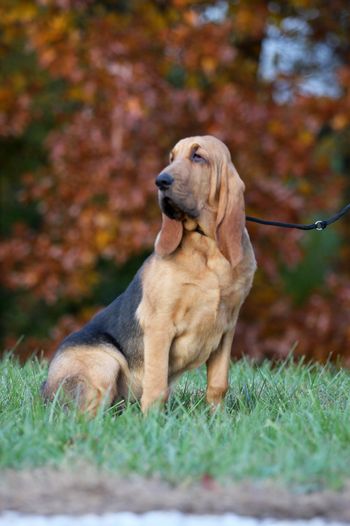 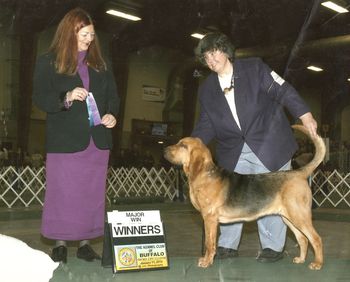 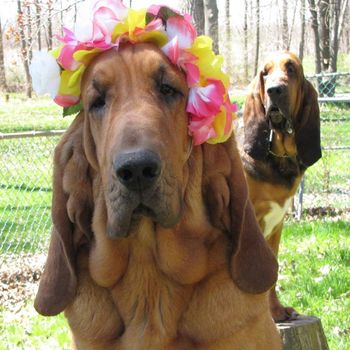 Queen of the May 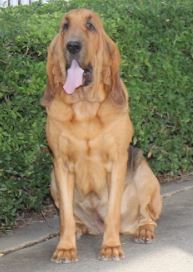 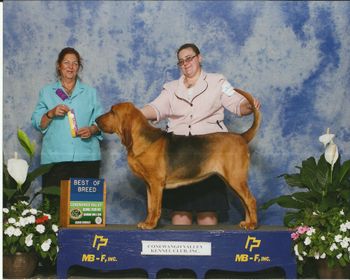 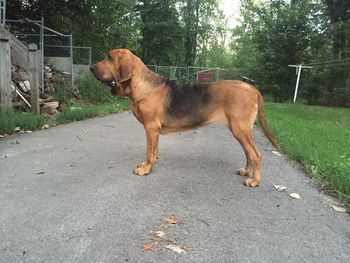