Whether its trailing or strutting her stuff in the show ring, Sunshine has been a great addition to our household. I owe a debt of thanks to her breeder, Kit Van Niman, who chose my Gigolo to sire the litter. The red headed stepchild makes us all laugh and, although she was originally supposed to be "Wink," the nickname "Little Miss Sunshine" so suited her that it became her call name. She has her Rally Novice title, but her true joys are trailing and listening to her many admirers applauding around the ring. Sunshine is retired now, and primarily responsisble fro making sure the couch doesn't stray, but doing well.

Sunshine's pups are now passing their own OFA's and we are waiting to go into the ring with Sunshine and her Veteran Get....12 of the 13 pups from her first litter turned 7 in September! Winning the Brood Bitch catagory in the 2015 Nationals 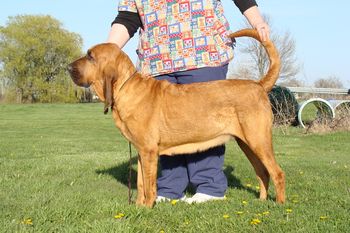 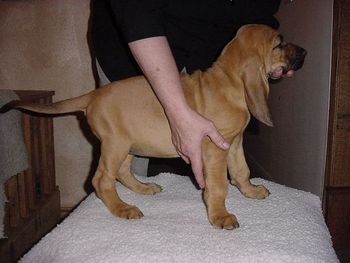 8 weeks old & headed for the bright lights of Ransomville, NY! 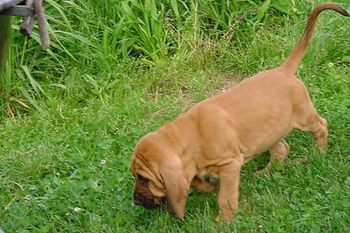 Looking for the coin Mom tossed to prove that I won and Dottie, my bratty sister, lost! Really!! Mom was just confused! 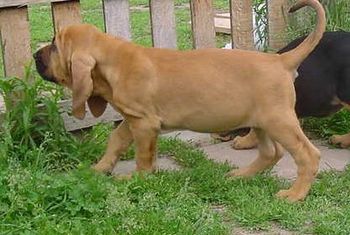 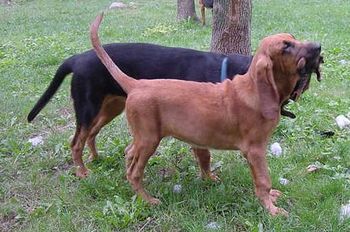 So I could steal toys from my new sister Truffle! 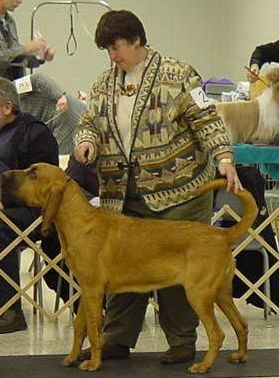 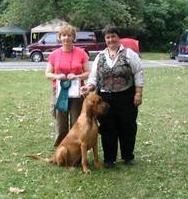 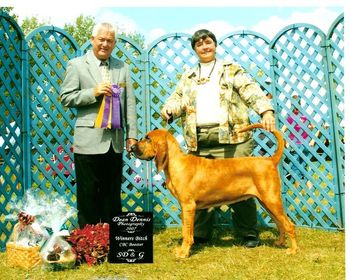 Best of Winners at the Canadian Bloodhound Club Booster 2007 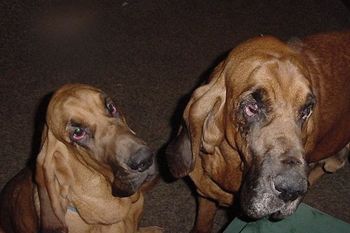 This is my daddy, Gigolo 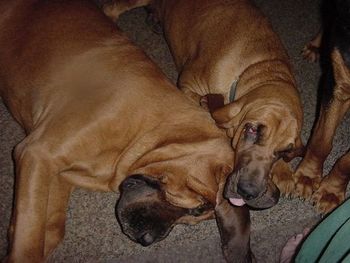