Ella was Renee's pick girl from the start. Pink Collar Puppy was the first red girl born and we knew she was going to be special.

Nows she's Best Puppy in Show special.....we are so very very proud of her!! I guess she's staying...although it wasn't in the original plan :-) She is maturing nicely and needs only majors in the US to finish her championship. We start her Canadian campaign in August before she moves out of the puppy class. Think positive thoughts for us!

Then came Cambria and a BEST BRED BY EXHIBITOR IN SHOW award!!! Renee and Ella have really become an incredible team and I am so proud of them!!!


Ella and Renee distinguished themselves at the ABC 09 Nationals by going First in the Bred By Exhibitor Bitch class....very well done!

TWO GRAND SWEEPSTAKES wins at the ABC Easterns and Supported entry plus a 4 point major as WB at the ABC Supported Entry in York PA gave her her first major.

Ella finished her Championship at Newcastle with a second major and a Group 1 BBE....losing BBEBIS to a lovely Kerry Blue Terrier (darn it)
Now she can start working on her performance titles!

NEW MT!!! Ella showed her natural working ability at her first MT trial by acing her trail and finding her runner in less than 10 minutes!! Titles at both ends!! Whoohoo!!

Rally Novice title at ABC 2010 Nationals AND Award of Merit!! I am so proud of Ella and Renee!!

2 legs on Rally Advanced in Newcastle over Memorial Day Weekend....way to go!!

First leg on her Beginner Novice title with a score in the 190s!! Congratulations!!

Ella finished her Beginner Novice titles & her Rally Advanced titles with placments on a trip back to visit NY, making her eligible for the American Bloodhound Club title of Working Dog Hall of Fame.

Ella has triple qualified for the AKC/Eukanuba National Championship 2011 !!

Ella & Renee passed their Mantrailer Intermediate test despite some hard distractions. But Ella managed to ignore all the PeeWee Football players and make a very clear ID on her runner

Plans for puppies were put on hold permanently when Ella had to have an emergency spay due to pyometria. We are saddened, but she is far more important to us than her uterus. Ella will continue to rule her corner of her Queendom, we hope, for many years to come 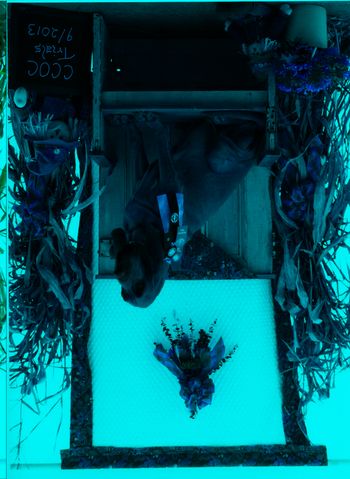 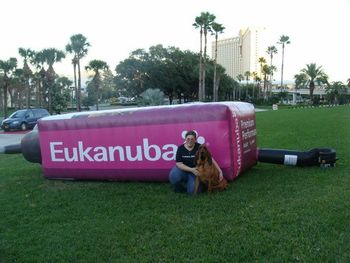 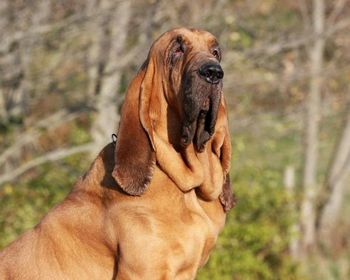 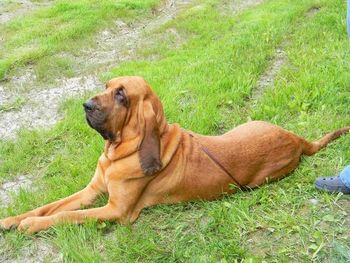 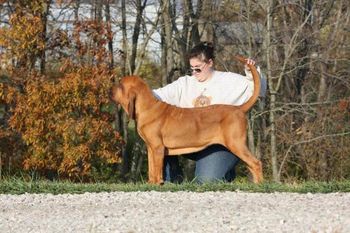 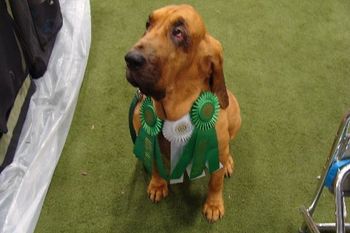 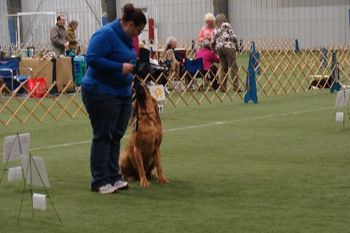 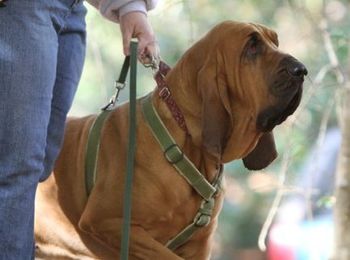 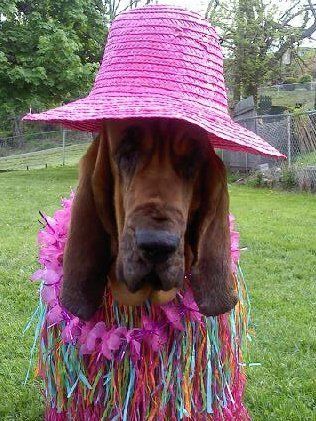 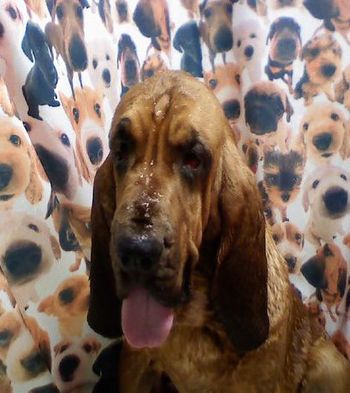 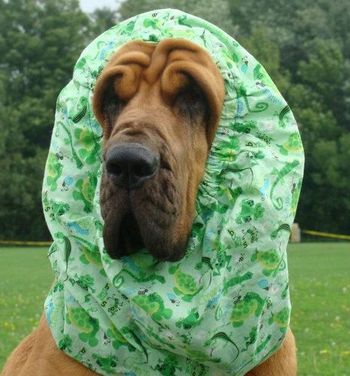 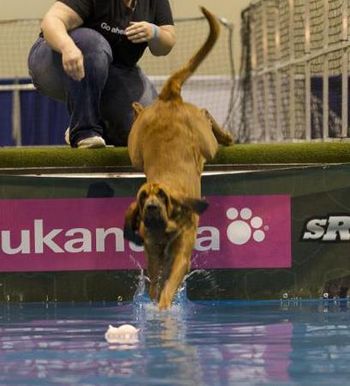 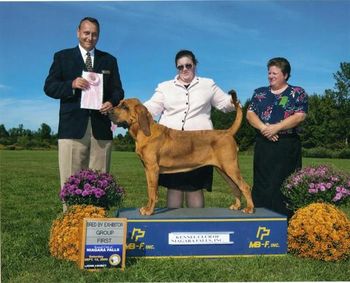 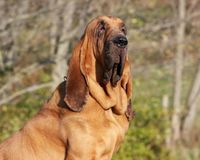